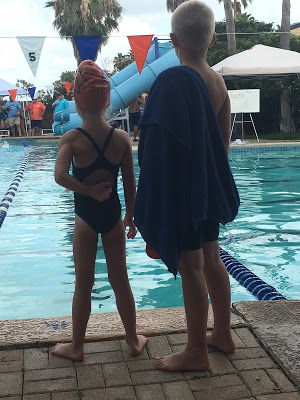 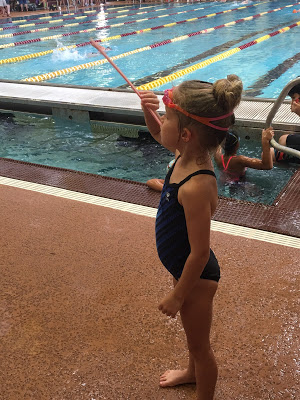 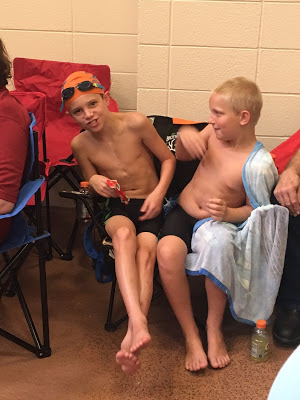 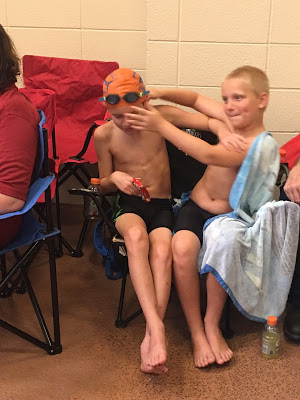 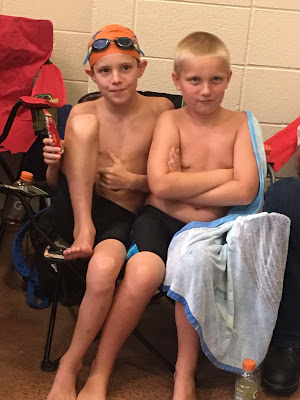 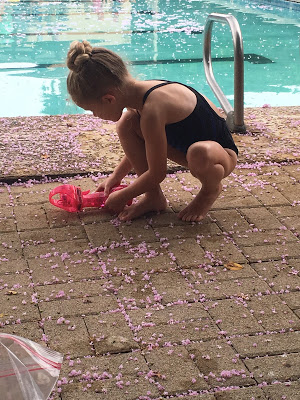 Posted by Right Where We ARe at 7:33 AM No comments:

My Summer Goal for My Kids: Boredom

Okay, so I have been a bit reluctant to write this post.  It makes me feel a tad vulnerable that others will disagree.  I have a hard time admitting things when I think someone else may not approve.  But I am in hopes that there is another mother out there wanting to say the same thing. My goal for this summer is for my kids to be lazy and bored. There! I said it.  However, with our constant lives filled with social media, Pinterest, and every other way to compare one mom to another, it makes me fill like this idea is wrong.  Let me explain myself. We homeschool from late July to mid May.  For 10 months out of the year, I am 100%, all giving of my self to my kiddos and their education.  We take 9 weeks off for our summer.  Even though we are on break, I am still planning, copying, researching, and scheduling our upcoming school year.  The bottom line - I NEED A BREAK  AND SO DO THE KIDS! :) About three years ago, I was the Pinterest Mom for the entire summer.  I had numerous activities planned per week.  I was basically running VBS/camp in my home.  It was expensive and time consuming.  I had the kids on a super strict schedule.  We had every hour of the day scheduled.  I have to admit it was exhausting.  With each passing summer since then, I have loosened my grip on our summer schedule. I made a "schedule" for this summer but we are at the start of our 3rd week off and have already blown that said schedule.  My oldest son has Boy Scouts throughout the summer and all three kids are participating in swim team.  Between swimming in our own pool, swimming 3-4 days a week at swim practice, and Boy Scouts we have enough of a schedule.  I want the rest of their days to be lazy and open. We are still in the glorious years of not having kids with cell phones.  Our oldest is only 11 and since we homeschool there isn't a reason for him to carry a phone.  The kids share an iPad and that screen time is earned with chores and our ticket system.  We did buy tablets for the kids this past Christmas but they ended up being pretty cheap and worthless.  The kids hardly ever play with them.  More than anything their screen time consists of TV.  However, they are mostly interested in educational shows such as Sea Rescue, Wild Kratts, and Jack Hanna's Wild Countdown, etc.  Their guilty pleasure is anything having to do with Star Wars. :) I think my main point to this is that they need to experience life without a stressed out schedule.  They need to experience being bored because that is when they use their imaginations.  I want them to be bored in the summer so when school starts at the end of July they are ready and excited. So there, I am admitting that we are not following a schedule this summer.  We will have long days that revolve around the pool, resting, lounging with a book, eating a late breakfast and early dinner so that we can skip lunch (we live on the edge), late nights, sleeping in, and our favorite TV shows.

Swimming, friends, and freezer pops are what summer is all about!

Love us or hate us, we will be bored and un-apologetically lazy this summer.  It is required...I scheduled it.:)
Posted by Right Where We ARe at 10:46 AM No comments: