Big Brother to the Rescue

Today contained one of those moments when you get to witness your child taking on more responsibility.  The weather has been so pretty the past couple of days so a couple hours into our schoolwork I announced BREAK TIME!!! and we headed outside to ride bikes.  Things were going really well until my youngest got a flat tire on her bike.  We had just aired up tires yesterday so the conclusion was that her inner tubing was flat.

Let me just say, I recently learned that bike tires have inner tubes.  I just assumed they held air, I didn't realize it was an actual tube on the inside.  Honestly, I never stopped to think about it.  In a matter of seconds she was in tears and so upset.  Big brother to the rescue!

Our oldest jumped right in and said he could fix it.  He had just fixed his own inner tube (for a Cub Scout requirement) with my husband yesterday.  I double and triple checked if he was really sure but he double and triple assured me that he could do it. :)  With directions (from him - an eleven year old) to move my car out of the garage, I got out of the way and he got to work.

It wasn't until about half way through the process that I grabbed my phone and started taking pictures. 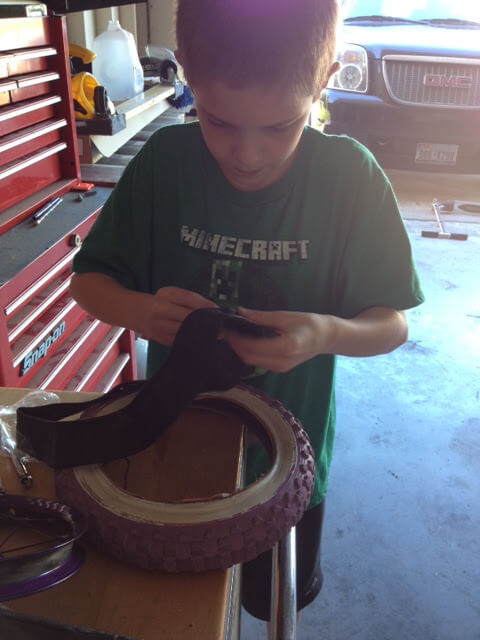 In this picture he has removed the chain and tire from the bike (not to mention two really stuck bolts).  He has also removed the original and damaged inner tube and is placing the new inner tube into the tire.  He was pretty much beaming as he got to rummage through Daddy's tool box. 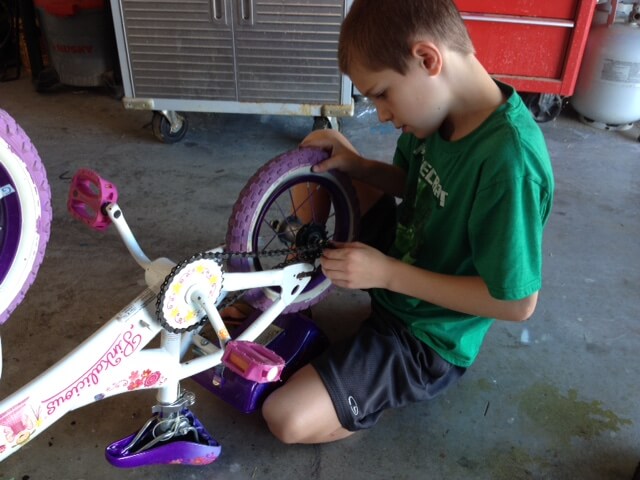 Here he is positioning the chain back onto the bike.  It was at this point that I said, "Wait! We haven't aired up the inner tube!"  At which he calmly reminded me that if it had air in it, we wouldn't have been able to get the tire back on the rim...
Oh right, I totally knew that... :) 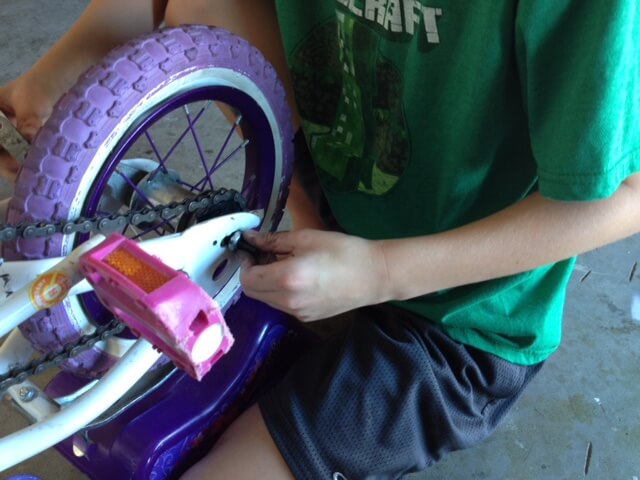 Placing the bolts back on.  I think he was pretty proud of how much grease was on his hands. 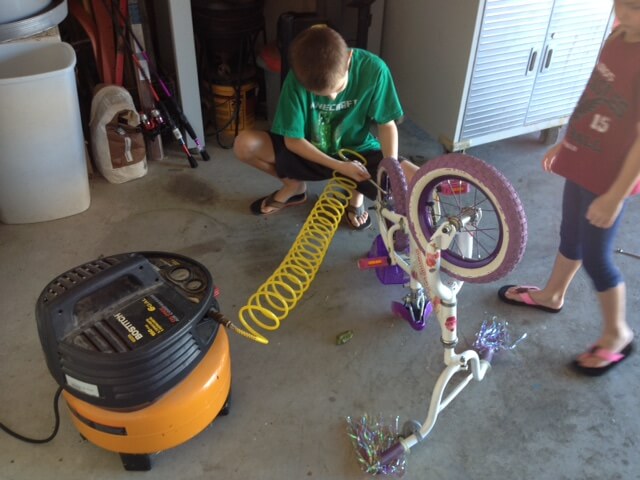 My thirty year old - I mean 11 year old setting up and working Daddy's air compressor like a BOSS!!!  Seriously, it was impressive.  I kept referring to parts as thingy's and doo-hickey's at which he would calmly look at me, pause, and then give those things their correct names.  So patient with his mom. 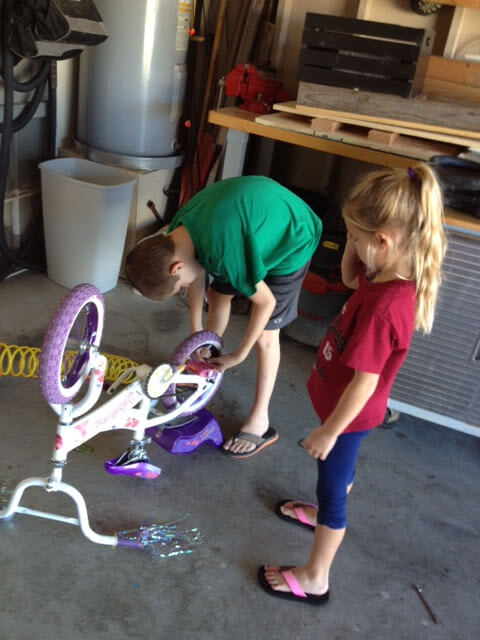 I am so proud of him.  He put his free time aside to work on his sister's bike.  Now, I did extend our break time to allow him to experience the satisfaction of completing something like this.  Needless to say, he was pretty much strutting around when it was over.  The whole thing was adorable but also a reminder of how fast he is growing up.  Also, very educational for me in the department of thingys and doo-hickeys.  :)