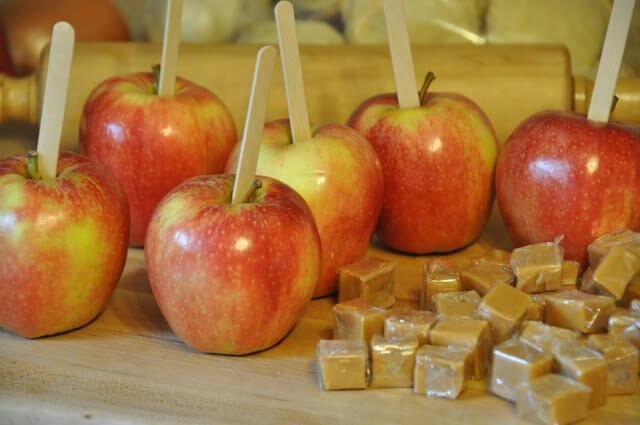 We tried our hand at caramel apples this afternoon and I think we were pretty successful.  I did spend some time researching the best methods on Pinterest (of course).  My cousin had warned me that due to the waxy texture on the outside of the apple,  I may have a hard time getting the caramel to stick.   All of the blogs I read agreed that the wax was an issue.  A couple of the suggestions were to boil the apples for thirty seconds, wash them with soap and water, or sand them down with sandpaper.  That last one seemed a bit far fetched to me.  I decided to go with boiling each apple for 30 seconds.  Obviously this made the apples very hot so I thought it would be a good idea to place them in the freezer for 30 minutes.  I figured a hot apple may also cause the caramel to slide off. While the apples were chilling in the freezer, I got the toppings ready and began melting the caramel.  Now the obvious method for melting the caramel would be the microwave but we are currently a microwave-less home...  Gasp!  Actually, it hasn't been that bad.  We have learned we can live without a microwave and I really like having the extra counter space.  Back to melting the caramel, my first attempt was the old method of boiling water in a pan with a glass bowl on top.  This was taking F-O-R-E-V-E-R!!!!  I lost my patience and placed the caramel squares in a sauce pot with a little milk, stirring like a mad woman so it would not scorch.  So even though this was a bit risky, it worked really well and fast.  I know what you are thinking.... She really knows how to walk on the wild side.... No???  Oh, alright then.  I never have been the adventurous type. :) 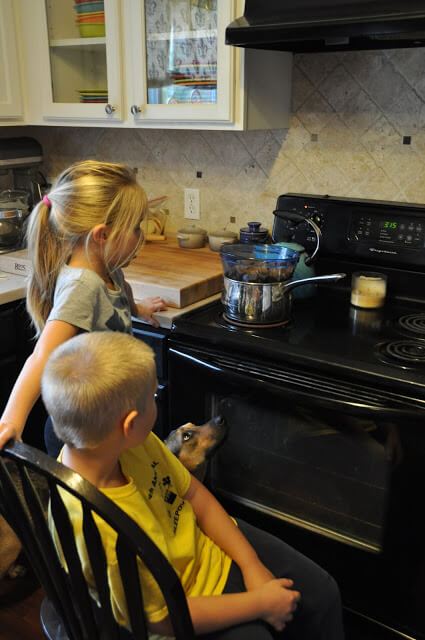 (This picture cracks me up.  It was taking so long they pulled up a chair.  Notice Ginger was also very interested.)

The next part moved super fast.  I called one child over at a time, helped them roll their apple in the caramel and then move it into the toppings.  I really wanted to get cute pictures of their excitement mixed with concentration but there really wasn't any time for that.  We were dealing with melted caramel after all! 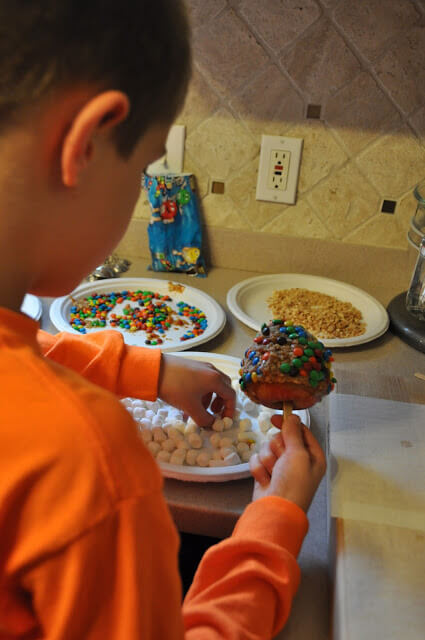 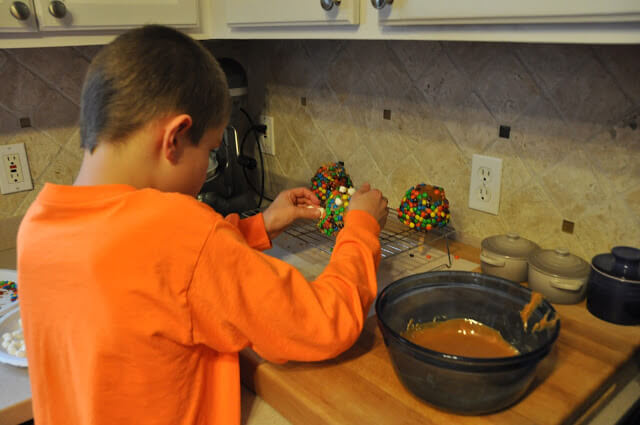 Another tip I found on Pinterest was to turn the apples upside down on a cooling rack (sticks pointing down).  This was a fantastic tip and helped us to really pile on the toppings. 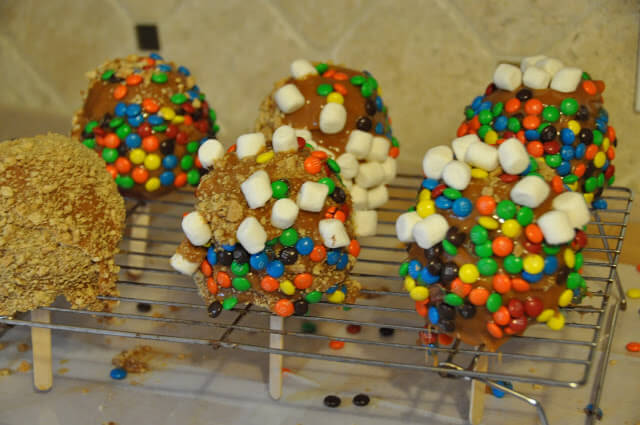 All in all, it was a super fun activity.  I think this is now a Halloween tradition for our family.