Johnson Strong, Passed From One Generation to the Next (My grandparents, Warren and Esther in college)

We have a saying on my mom's side of the family, "we are Johnson strong".  "Johnson" is my mother's maiden name.  Her parents were amazing individuals.  Actually, I cannot think of an appropriate adjective that truly describes the type of people they were.  Our entire family thinks about them and references them on a daily basis.  Their faith was deep and their generosity and love was felt by everyone who came in contact with them.  I thank God often for the foundation they laid for my family.  The term, "Johnson Strong", is in reference to both of my grandparents and the way they handled life's curve balls.  I could include a lengthy list of their many struggles but the list isn't the important part.  What is important is that they always remained close to God and strong in their faith.  Whenever one of us is struggling with a difficult season of life, we gently remind that person that they are "Johnson Strong".  It immediately brings a smile to your face, makes you stand a little taller, and brings your faith to the surface.  It reminds you that you will remain strong because "this too shall pass". My oldest son has recently been withdrawn from public school, again.  This happened last year after the first 10 weeks of school.  After a season of homeschooling, we decided to give him another chance at public school.  I have discussed his struggles in both blog posts, Raising a Child with ADHD and A Little Glimpse of Progress Goes A Long Way. Unfortunately, this school year came to an end after the teacher (the second teacher for this year) decided she could no longer teach him.  There are only three third grade teachers at my son's school.  We had already switched classes earlier in the year and the third teacher was not an option.  We were told we would need to withdraw him because there wasn't a third grade teacher willing to teach him.  Let me make a side note.  The school administration and counselor were wonderful.  They worked endlessly with us trying to help him and find success.  However, the "right" teacher did not exist. We just couldn't believe this was happening again.  Do you know how devastating it is to be told over and over again that a teacher does not want your child to be in their classroom?  Do you know what it feels like to have teachers, parents and other students become excited when they find out your child will no longer be there?  It is a feeling I would never wish on anyone.  It hurts to the core.  I thank God that he doesn't quite understand the depth of their comments and awful looks. HE IS A GREAT KID!  HE IS SMART, SO, SO SMART!  HE NEEDS ADULTS WHO CAN LOOK PAST THE STRUGGLES AND SEE HIM FOR THE CHILD GOD CREATED! I have cried, yelled, whispered, dropped to my knees with these words.  I held my husband in my arms while he took the blow of the news, yet again.  It is in moments like these when I constantly remind myself that I am "Johnson Strong".  If no one else will teach my son, I will.  I will make sure his education does not suffer because the "education system" failed him. He has jumped back into homeschooling with ease.  It amazes me how driven he is.  He works endless hours on his school work.  His anxiety is practically non-existent.  We are weening him off so much of the medication he has been taking.  Medication that we were only giving to help him function in a normal classroom/school setting.  The sparkle is back in his eyes because he is no longer in a stressful environment.  He is smiling often throughout each day.  He is relaxed and happy. 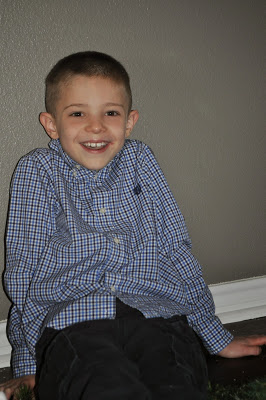 He has always been a fighter, passionate in every way.  His pediatrician and cardiologist have often stated that the reason he made it through three heart surgeries was because of his will to fight. He is amazing... I am a stronger women, wife, and mother because God trusted me with him. I am so thankful he is strong... Johnson Strong