Field Trip to the Build Site

We are in our second week of school and things are going pretty well.  We have had a little bit of everything...fantastic days, not-so great hours throughout various days, and a lot of learning.  Today we had an extra exciting morning.  The concrete was being poured at our family's new meat market.  The kids and I loaded up and headed out to "the lot".  I guess when there is a standing structure we will have to stop calling it just "the lot". :) The kids eyes were huge when we pulled into the parking lot next door.  There were concrete mixers, skid steer loaders, a gigantic pumper truck and lots of people.  The hustle and bustle was so exciting.  I backed in and opened the rear door of our Yukon.  I gave the kids strict orders that they were not to get out of the car but could move to the very back.  My father-in-law spotted us and brought the supervisor over for us to meet.  We were also introduced to the supervisor for the concrete company and the head plumber.  We felt like royalty! For the next hour, the kids watched the action and my father-in-law, Pawpaw, gave them a play-by-play of what was happening.  He also went into a load of details regarding concrete, aggregate, rocks, plumbing, and so on.  The boys were ready to camp out for the day and glue themselves to Pawpaw.  Our daughter on the other hand, was done after about five minutes.  :)  She was hot! Take a look. :) 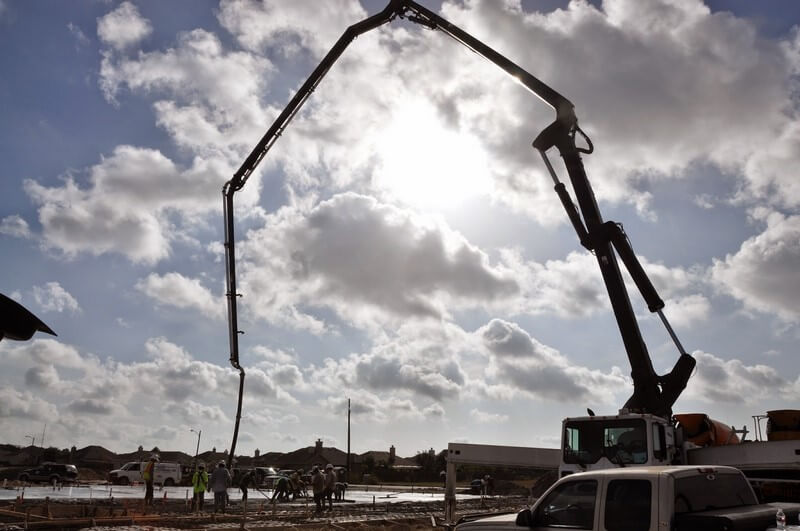 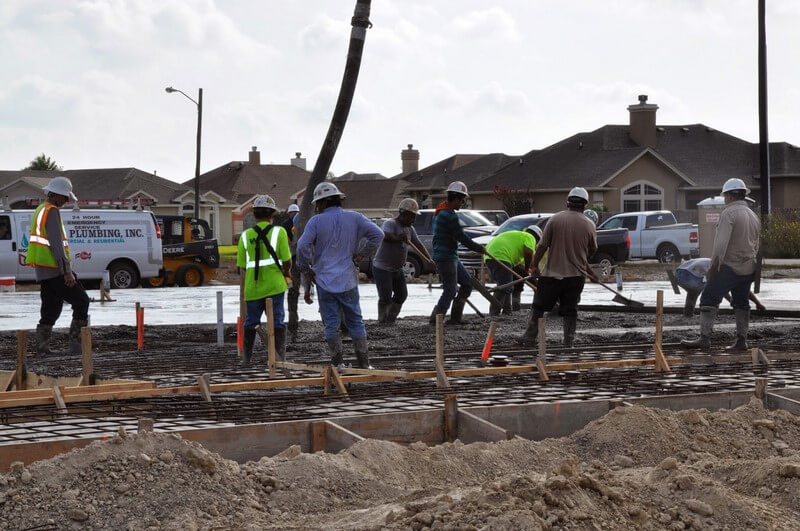 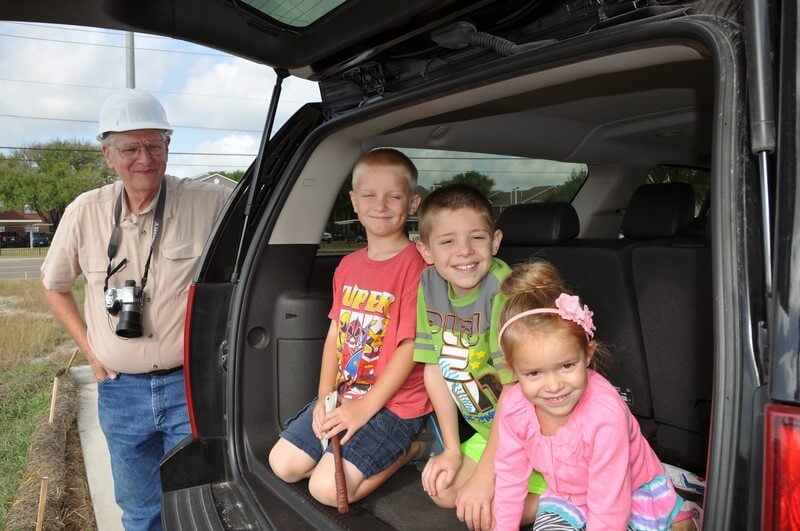 Three kiddos with their Pawpaw :) 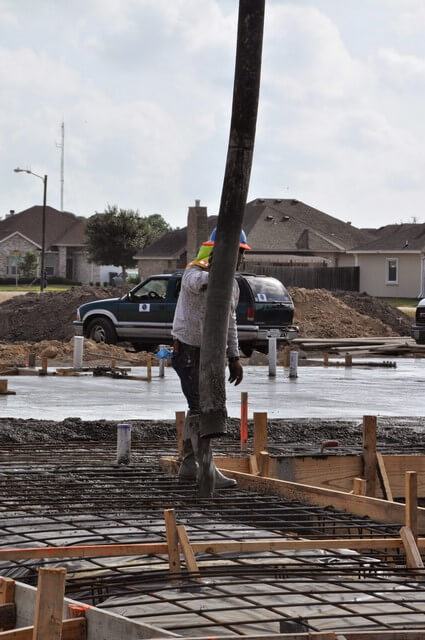 I was amazed at the amount of force in the hose.  The men have to hold on really tight in order to control the concrete. 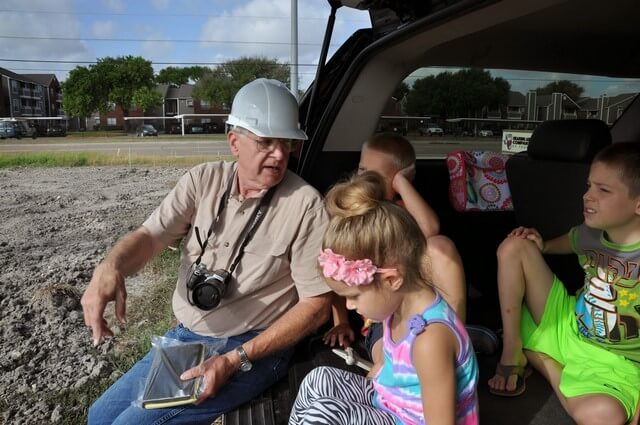 Pawpaw explaining each step to the kids.  In his hand is a family Bible with a few specific verses which he marked.  He also explained to the kids that the Bible would be under the foundation of the new store.  He told them the store was a blessing from God and it is our family's duty to be good stewards of what God has given us.  I couldn't agree more. 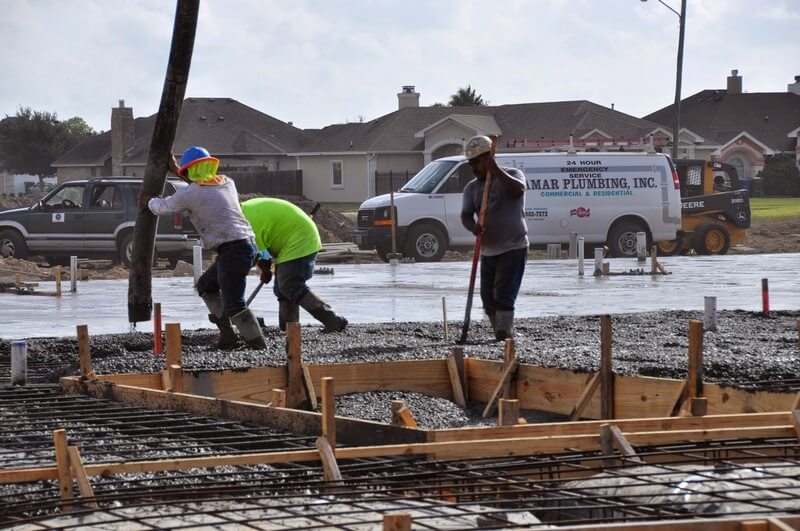 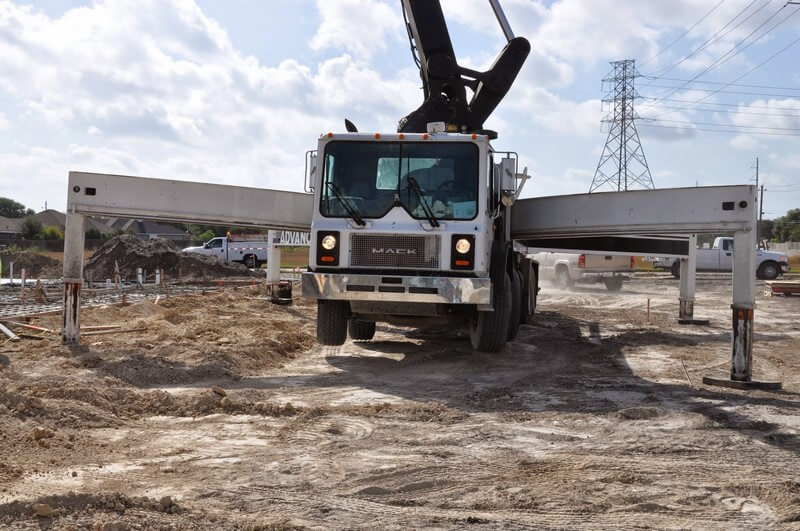 This is a picture of the pumper truck.  It has four huge stabilizers coming out from the sides.  Notice how the tires are lifted off the ground.  We learned the reason behind this is to level the truck. 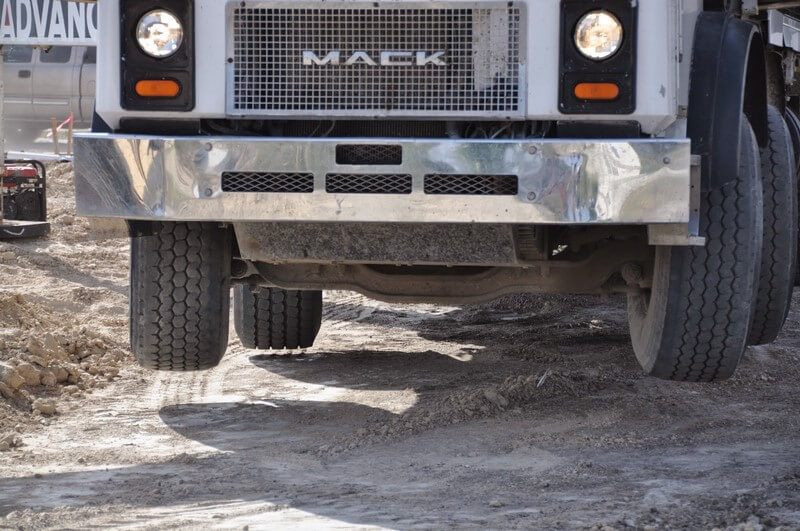 It was sooooo cool! 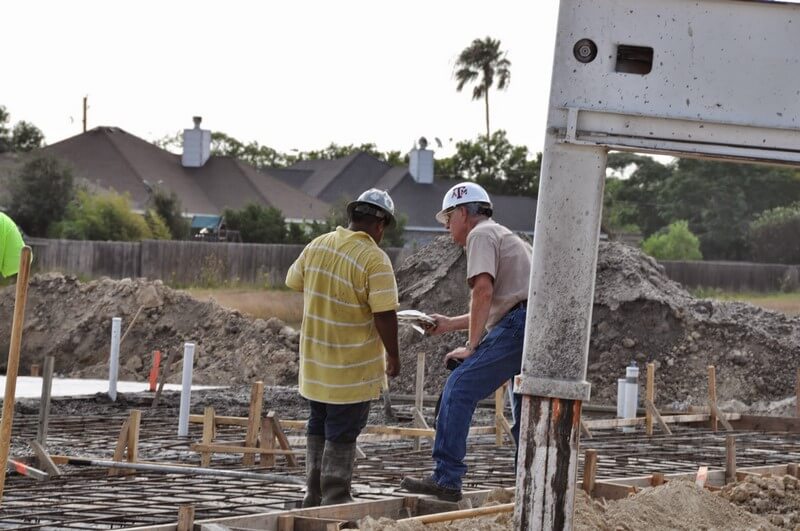 Pawpaw handing over the Bible and explaining where it should be placed. 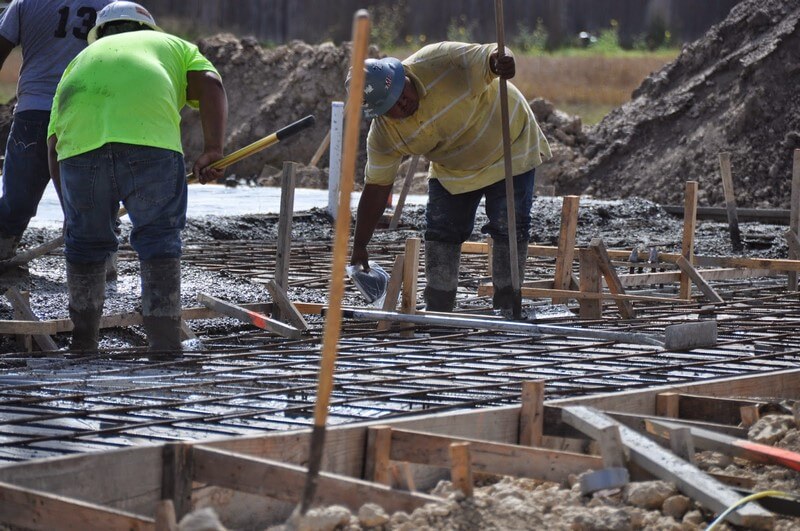 The Bible going into the concrete. 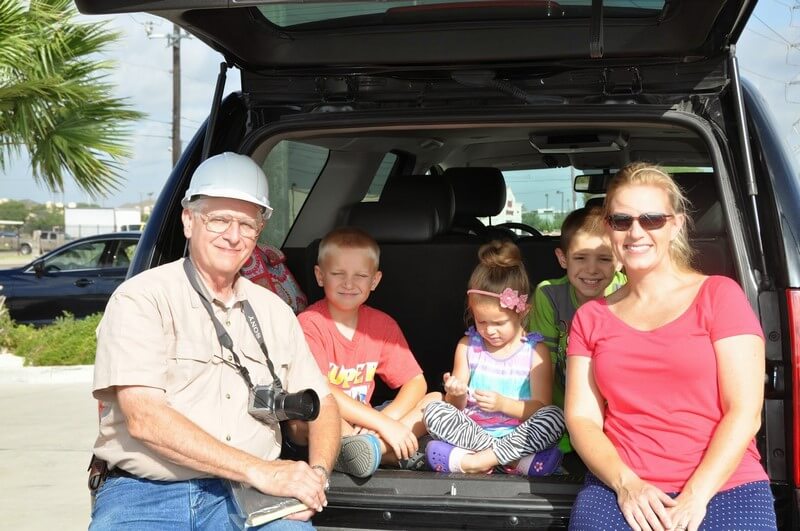 The head supervisor from the concrete company insisted he take a picture.  :)

We had a great time and the kids learned a ton!