This morning I gave my husband instructions to bring something home that we could grill.  Sometimes nothing sounds better than something...anything off the grill!  I was nicely surprised to see butterfly pork chops (one of my favorites) and a new little jar of some that looked really good.  He said it was a new marmalade that they are selling at the meat market.  We both decided it would make a great glaze on the pork chops. 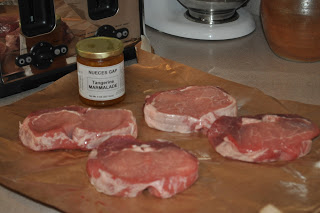 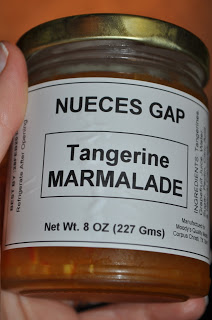 Nueces Gap is a brand sold at the meat market that is manufactured by The Pickle Smith http://www.picklesmith.com 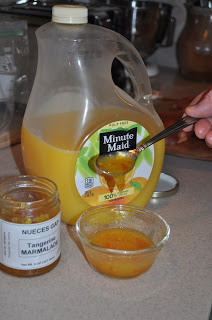 We decided to thin the marmalade with orange juice
(we used about 1-2 Tbsp.).  After thinning, move the mixture to the side to use later. 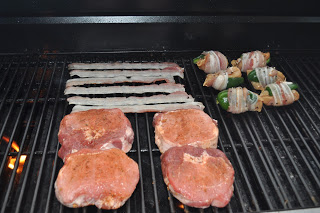 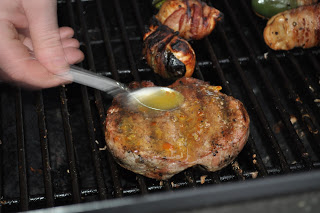 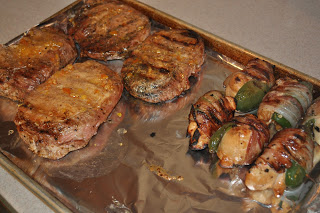 After the pork chops are finished, pour more glaze over the top or use as a dipping sauce on the side.