Oh. My.  Where do I begin? This is not the post I had scheduled for today.  Today's original post will have to come another day because I have GOT to share what happened between 12pm and 1pm. We were going about our day as usual.  The younger two kiddos were taking a break while I sat with my oldest son.  Math is not his favorite subject (he comes by that naturally) and it usually helps if I am close by for questions and to lower any anxiety that may pop up.  I was so thankful the other two were being quiet... (insert smile due to perfect parenting moment) STOP RIGHT THERE - there it is, my big, fat, mistake.  Why have I not learned that when two children are together and quiet it is not a good thing.  This is never the time to pat myself on the back and remind myself their quietness is due to my excellent parenting. QUIET EQUALS TROUBLE!  You would think I would know this by now! This is the trouble I found.   Apparently, they were combing her hair... In my state of panic, I called my mom who recommended conditioner.  One of the ladies she works with offered the suggestion of cooking oil.  I worked and worked trying to get the hair out from around the comb.  The more I worked the worse it got.  I have never seen hair wrapped so tightly in all my life. I decided to call my hair dresser and get her opinion.  She said to use creamy peanut butter (something about the oil would make the hair slick and release from the comb).  Thirty minutes later and a lot of PB&J minus the J, we had a huge mess.  At this point, my husband (who loves our daughter's hair) felt it was necessary to comb home from WORK!  Yes, this was an emergency in his book.  :)  He was speechless when he laid eyes on her; as if something horrific had happened to his baby girl. As you can see, she was quite amused by all the attention. 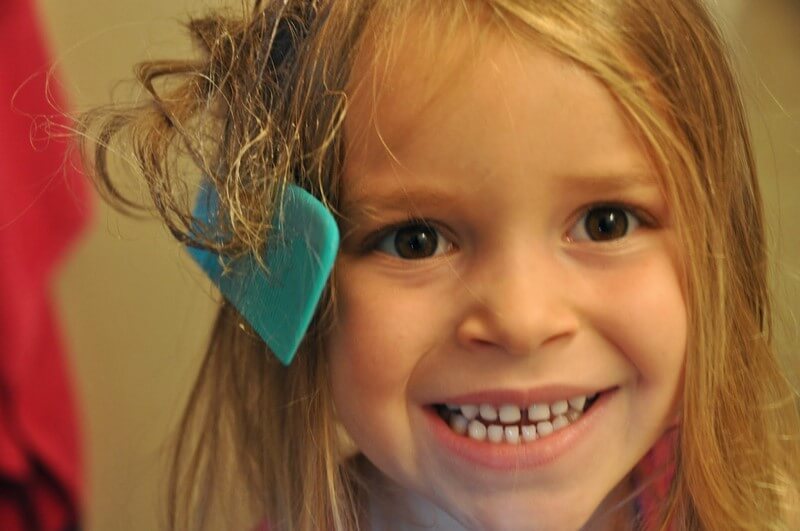 After the peanut butter was a failure, I went with the advice of my mom and cousin - A LOT OF CONDITIONER.  Now, we had a mixture of Pantene and peanut butter; an interesting smell to say the least.  Oh, and through all of this my daughter made herself lunch by eating the peanut butter from the jar! Ugh! 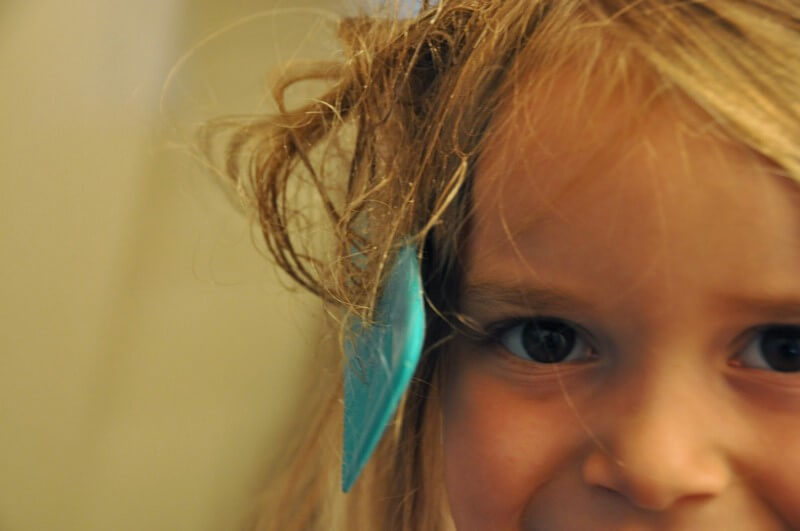 It just kept getting worse. 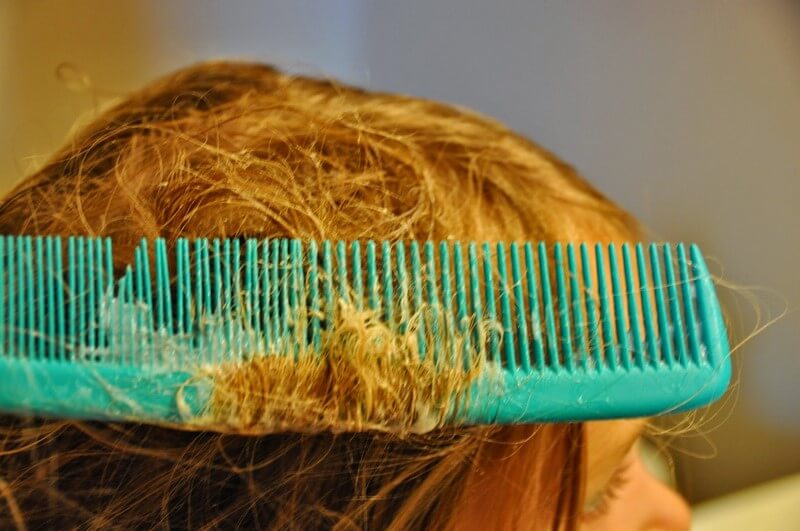 Charlie was determined not to have to cut her hair.  The comb was stuck so close to her scalp that cutting it would result in a really short style which I could tell in his book was not an option. 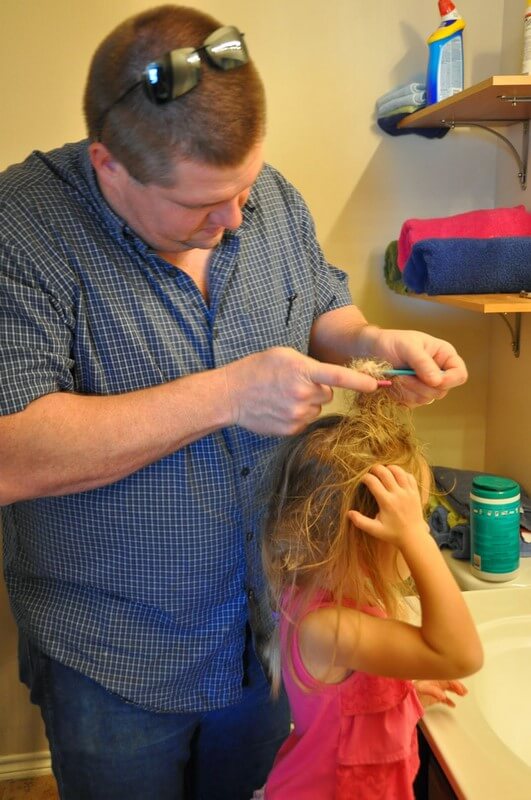 I must say, she was a real trooper.  She only complained a couple of times and never once cried. 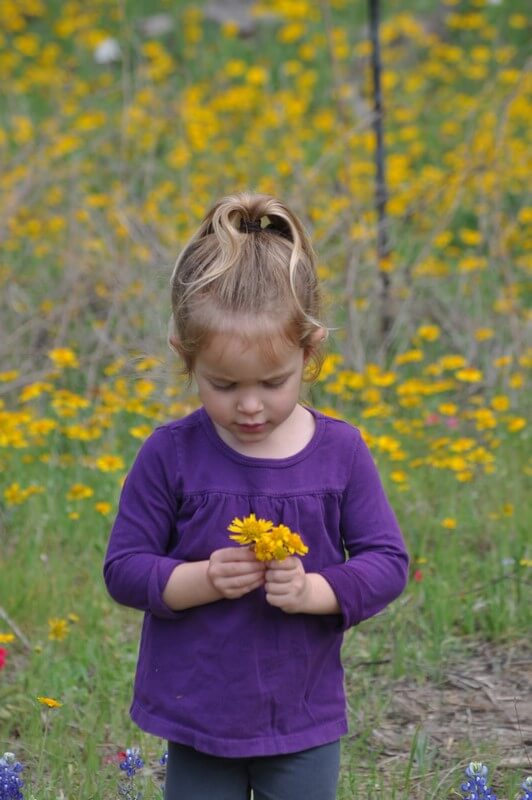 In the end, we had to cut a small amount of hair.  I am sure you are assuming with scissors, right?  Nope, we are the house of a butcher...

It was quite the process.  He was ever so careful, using precise technique to minimize the amount of hair that would have to be cut.  He did a great job.  It really just looks like she has had some breakage from bobby pins or ponytail holders.  I don't think anyone will ever notice.  I was more than impressed! 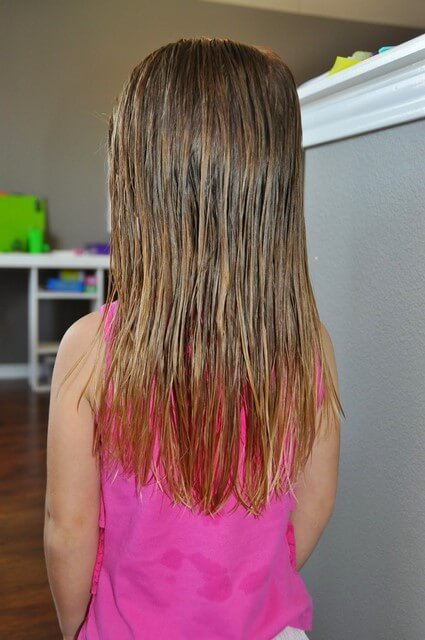 It took quite a bit of washing to get everything out.  When he was finished he told her never to allow her brothers near her hair again.  She just smiled with a little twinkle in her eye and said, "Daddy!" 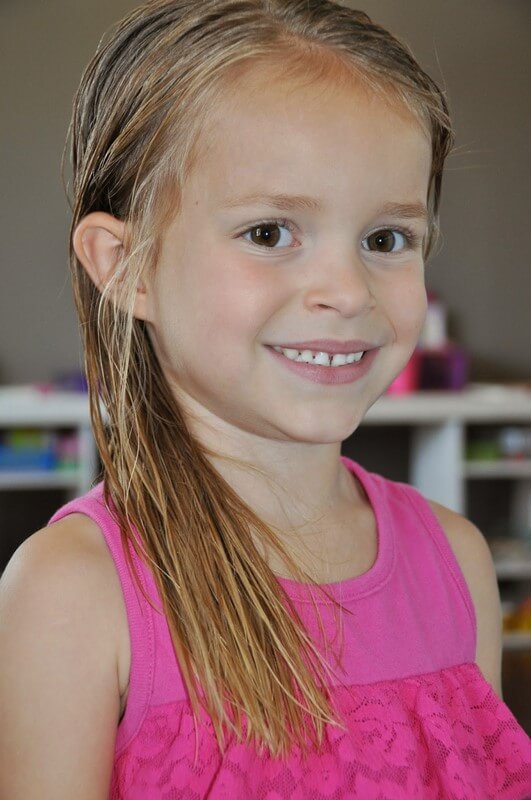